CAN EMOTIONAL INTELLIGENCE BE DEVELOPED? 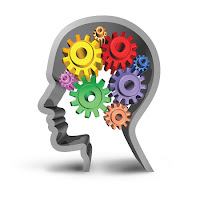 Peter Salovey and John D. Mayer, leading emotional intelligence researchers, recognise four aspects of emotional intelligence: “the perception of emotion, the ability to reason using emotions, the ability to understand emotion and the ability to manage emotions.”
Examples of skills that a person with high emotional intelligence might display in these aspects include:
The capacity to listen so intently that he or she can hear the words not spoken by paying attention to tone of voice, inflection, pauses, and other cues.
Awareness of and ability to read body language and other non verbal communication that includes facial expressions,
The ability to control and handle frustration, anger, sorrow, joy, annoyance, and other emotions, recognising and reacting to the impact that his or her words and actions are having on coworkers, whether they inform the manager of the impact, or not,
Understanding the underlying emotion of a communication from a staff member and responding as effectively to the emotional aspects of the communication as to the stated needs, and effectively interpreting the cause of the emotion expressed by a colleague. That sad, dejected posture can indicate a significant issue at home as well as an unresolved work issue.
Posted by Unknown at 17:32